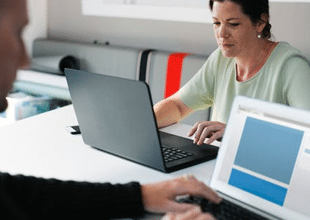 In 1997, 19-year-old Kevin had persistent back pain. He was referred to an orthopaedic consultant and blood tests revealed high levels of calcium (3.51m.mol/l). This level of calcium causes serious damage to health and is most commonly an indication of primary hyperparathyroidism or a malignancy. Other parameters were also raised. All of these abnormal results were underlined in the laboratory report. When the consultant wrote to Kevin’s GP he noted his intention to see him again early in the New Year, but underplayed the high calcium levels and ignored a plasma creatinine level indicative of more than 50% loss of overall renal function. That letter is not on the GP’s file and the consultant’s intention to see him again was never conveyed to Kevin.

Kevin’s health problems continued and his mum, Margaret, became very worried about him. She phoned the consultant’s office and spoke to the secretary, who passed on Margaret’s concerns to the consultant. The consultant organised for Kevin’s test results to be faxed to a psychiatrist that Kevin was to attend (Margaret had requested this), but made no direct contact with the mother or the patient.

Kevin’s symptoms persisted and he had repeated consultations with his GP and others over the next year-and-a-half. He spent the summer of 1999 in the US, and on his return attended his GP complaining of lethargy, occasional vomiting and continuing bone pain. Blood and urine samples were taken, with test results being telephoned to the surgery the next day. These were written on a Post-It note by the practice nurse, who drew attention to the seriouslyhigh calcium level (now at 5.73m.mol/l). Kevin was referred to hospital but the GP’s referral letter focused only on those elements of the blood test results which supported his own diagnosis of Leptospirosis. He did not mention the calcium reading, although the Post-It was included with the letter.

When compiling the file in the hospital, the Post-It note containing those vital calcium results was stuck to the back of the letter and was not seen until six weeks after Kevin’s death. The standard blood test in that particular hospital did not include testing for calcium levels. So, throughout his time there they remained unaware of Kevin’s dangerously high calcium levels, and a diagnosis of nephritis was made. At this time, even as his condition deteriorated rapidly, no medical personnel seemed to appreciate how ill Kevin was. He became dehydrated and described muscle pain and neurological problems.Finally, he was transferred to a tertiary hospital and it was there that the family first heard concern over calcium levels of 6.1m.mol/l.

Three days following his admission, Kevin tragically passed away in that hospital. His care was managed at Registrar level – senior personnel were not alerted and more aggressive treatments were not available at the weekend. Margaret cannot say if that would have resulted in a better outcome…

‘but it would be nice for me, his mother, to know that he was given every chance’.

Even worse was the apparent lack of learning from the tragic events. Margaret recalls a chance meeting six weeks later with the SHO who had been there when Kevin died. ‘He said “Kevin was very unlucky"– that was all he brought away from the tragedy. What a waste of an opportunity for learning and self-growth for that young man. The organisation took the easy way out and left him with a superficial perception of what had happened.’ In the immediate aftermath of Kevin’s death Margaret says ‘…there were initial honest and humane reactions from individuals, especially the nurse, for which I will always be grateful.’But this was soon replaced by a process of damage limitation. One doctor described his dilemma as an issue of “loyalty to colleagues".

To get to the truth, Margaret and her husband were forced to undertake litigation, which she describes as a David and Goliath experience. Almost five years later, they were vindicated as the judge of the High Court declared ‘It is very clear to me that Kevin Murphy should not have died’. There was a financial settlement, but Margaret says ‘…monetary compensation was never an issue for us as a family… we donated the settlement figure to two charities.’ Two GPs, a private consultant, a hospital consultant and a hospital all admitted liability. They expressed their regret at Kevin’s death and sympathised with the family. This was done through legal representatives and not in person, something that, for Margaret and her family, would have provided credibility and an acceptance of individual and corporate responsibility for the tragic outcome.

Margaret’s call for open disclosure, her call for reporting and learning are all grounded in the fact that: ‘I was present at Kevin’s birth. I know every detail of that birth. I was also present when he died. As his mother, I needed and deserved to know everything relating to how that came about. Over and above that, it is essential that I be assured that lessons will be learned, that those lessons will be disseminated – all in the hope of preventing recurrence.’